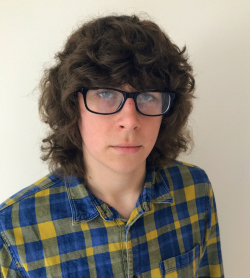 Jack Probyn is the author of the DC Jake Tanner terror thriller series that will leave you seeing nothing the same again.

Born and raised in the south-east of England, Jack grew up reading and writing a lot. His main sources of inspiration were Harry Potter and Stephen King. Jack began writing when he was ten, and had one of his poems published in an anthology with other students from schools across the country.

The book went nowhere and meant nothing, but a writer was born.

When Jack isn’t writing, he’s either reading, writing about reading, or reading about writing. In his spare time, Jack enjoys yoga, sudoku, board games, serial killer thrillers on Netflix, and anything else that can provide him with some inspiration.

Jack has taken inspiration from James Patterson. He aims to give the reader the same pleasure and enjoyment as James Patterson, Vince Flynn, Andy McNab, and Lee Child.